based on the initial sketches I started creating the playable map. These are visual representations of some basic design principles implemented within my deathmatch map. Below is an explanation of the basic concept of the map. 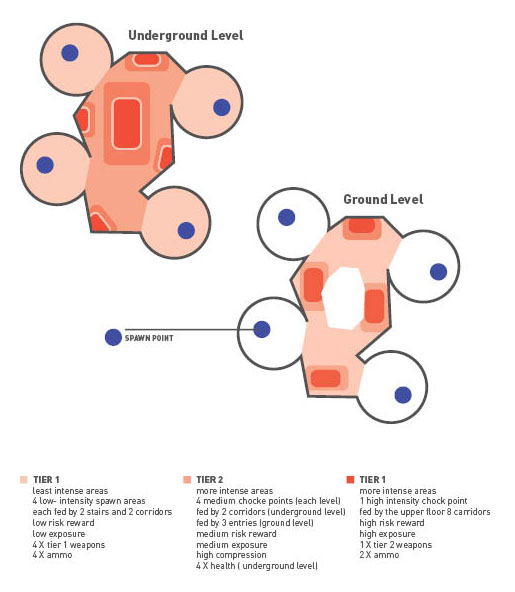 This map has 2 teams. 2 players each. the diagram above shows the players paths and chock points.

Spawn points exist in the outermost, safest layer, where each one feeds into a possible 2
different Levels. .On the underground level the 2
corridors lead to 3 chock points. The 2 stairs lead to the ground floor which leads to 3 chock points as well.This guarantees intersecting the path of at least one other player within 5 to 8 seconds.

the diagrams shown above shows the routes the players will take. the thick lines show the most disred paths by the players. This applies the basic steiner and spanning paths rules.

The middle circle in the diagram is the highest risk/reward area. Players will have to go through at least 1 chock point before they reach it. walls and objects were added to funnel the player into these chock points. 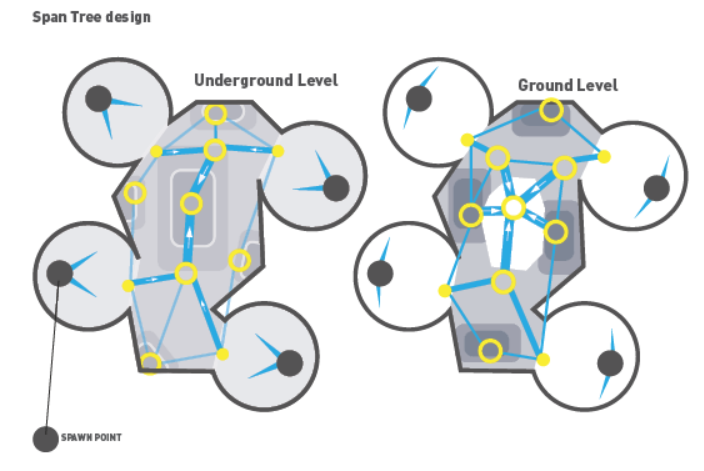 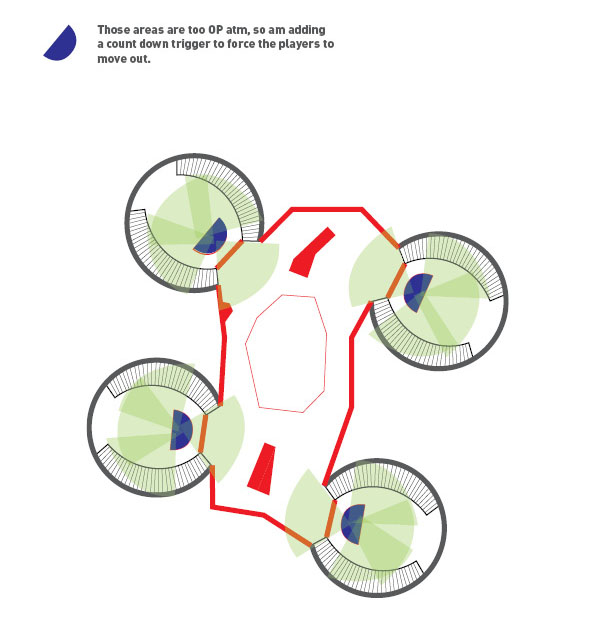